We provide tours everywhere in Kavala!

EUROTAXI KAVALA can suggest some routes for tours both in the town and outside it. These tours are designed to ensure that visitors can get a complete picture of the historical and beautiful area in and around Kavala..

These routes are just suggestions, and can be altered to suit the customer. As an indication of price, most tours cost around 20 euros an hour and the driver will always be on hand to help and to guide tourists during their excursions!

Prices do not include entrance fees to museums and archaeological sites. 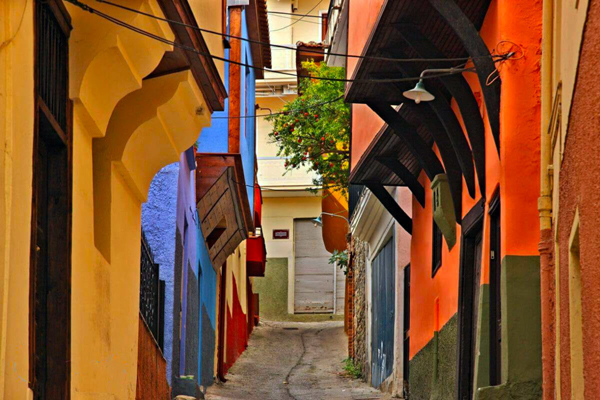 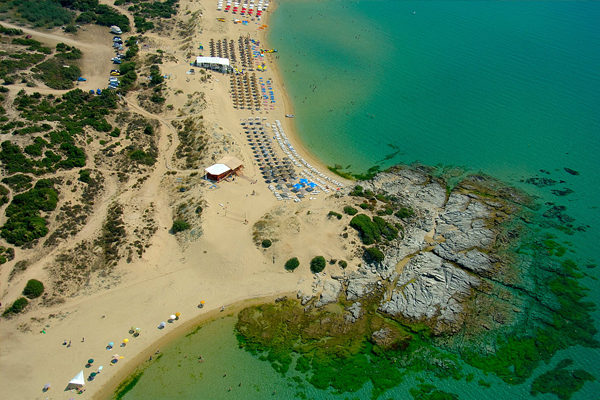 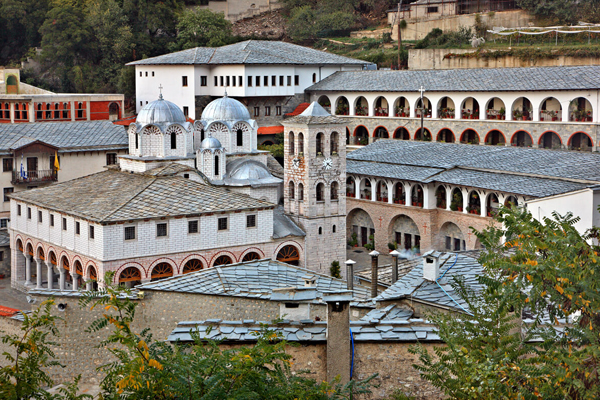 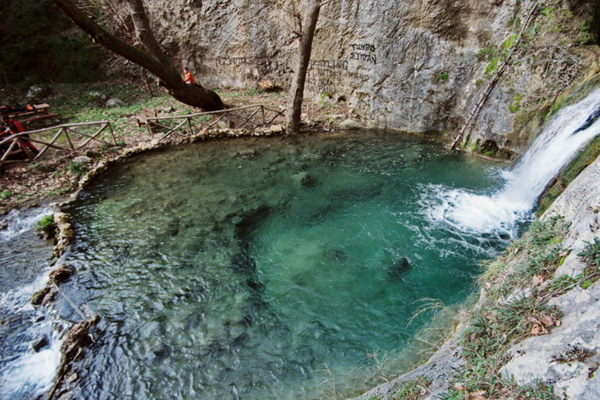 Distance from the port: 15 km
Total Duration: 3 or 3 ½ hours (Depending on whether or not you visit the mud baths)
Philippi: Ancient theater - Archaeological site - Ancient Egnatia Odos
Lydia: Baptistery of the first European Christian
Mud Baths: Optional Visit
Local Distillery: Tasting with Ouzo and local products 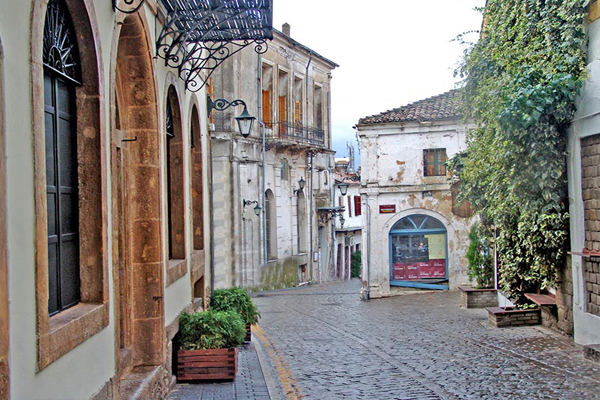 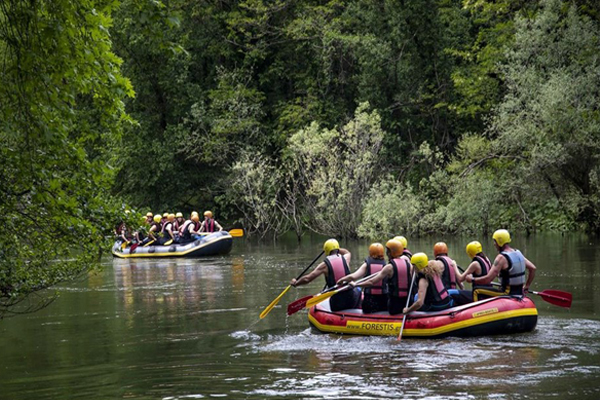 Distance from the port: 44 km
Total Duration: 4 ½ hours (depending on additional activities. The cost does not include activities and equipment hire. For more details visit www.riverland.gr)

KERAMOTI: Departure on 4x4 vehicles – stunning natural beauty. Rowing a very easy route through countryside which is a nature reserve. The route follows the river down to the sea. 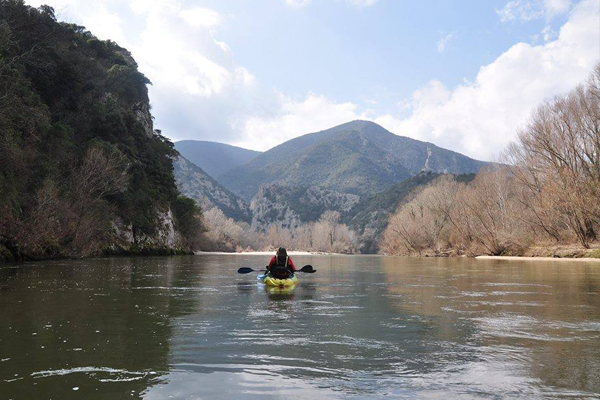 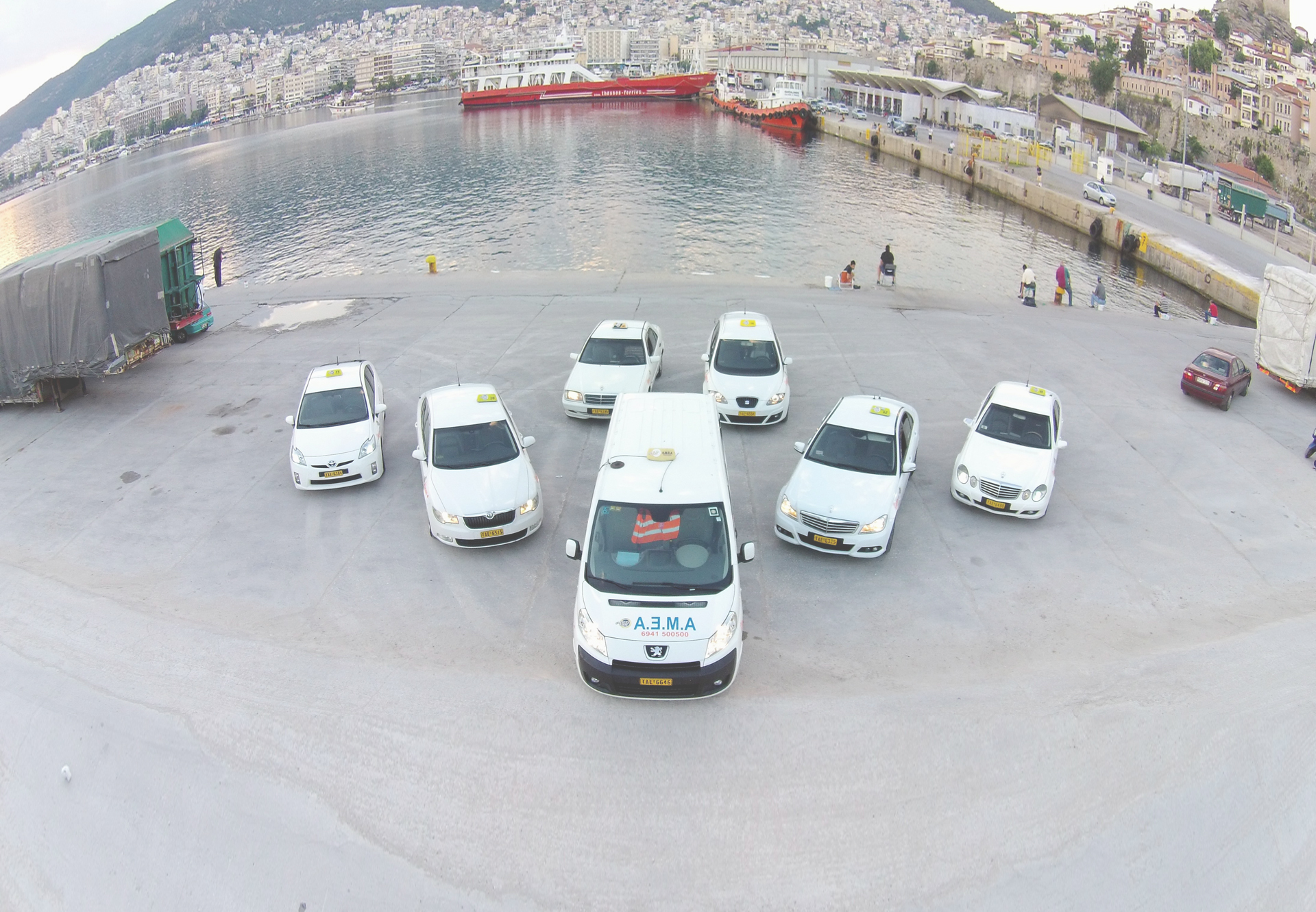 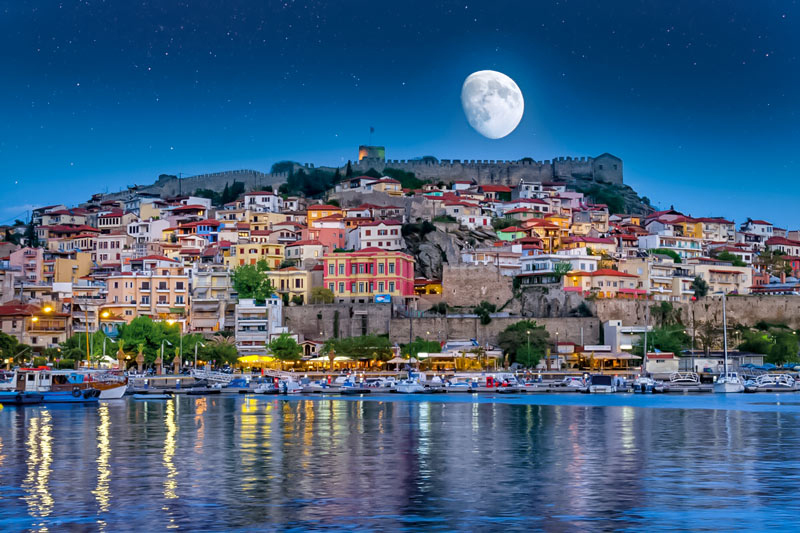 Kavala remains a resolutely Greek, Christian city, with its Byzantine castle as its eternal guard. The first Christian sermon ever to be heard in Europe was given here by Saint Paul the Apostle, and the baptistery where Lydia became the first ever European Christian is also in the city.

Vacations in Kavala means saying goodbye to boredom. You can see this when you see how lively and cheerful the city and its people are, and it is confirmed by the multifaceted charms of the area’s natural beauty. The city offers modern accommodation infrastructure, water sports, strolls in the scenic old town, entertainment for every taste and age, shopping and unique cuisine. A feast of experiences!

You can wander through the cafes in the harbour, the local neighborhoods and the center for backgammon, coffee, ouzo or sweets. And the tavernas serve an unbelievable variety of traditional Kavala recipes and fresh fish.

Kavala has been a harbor since ancient times. It was founded as a Thassian colony in the 6th century BC., when it was called Neapolis.

This is where Apostle Paul first set food in Europe in 49 AD, and was the starting point for his journey to Philippi. The city has a turbulent history. At times it was conquered by the Franks, the Turks, the Venetians, and, finally, the Bulgarians in the First and Second World Wars.

The Ottoman occupation, from 1371 until 1912, had the greatest impact on the city. Among the remains of that period are the aqueduct of Kavala, dating not from the Roman era, as one would expect, but from the 16th century. At the east end of the harbor there is a castle with its imposing walls which date from the 10th and 16th centuries, making a striking picture, especially in the evenings when they are floodlit.

Within the city walls is the area known as Panagia – a wonderful place for wandering through the labyrinthine alleys and houses of the 18th and 19th century. One of these houses is the birth place of Mehmet Ali (1769-1849), who later became Pasha of Egypt. You will recognize the house from the bronze statue of Ali Pasha on horseback which is outside it. You can then explore the garden and the magnificent rooms, including a space for the harem! 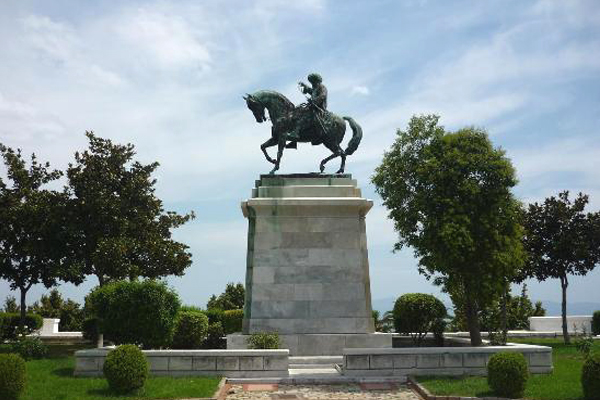 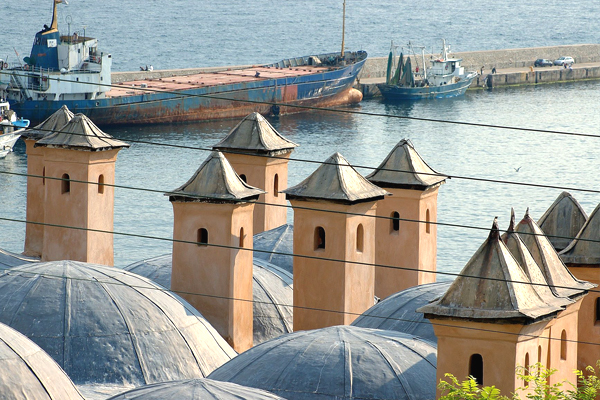 The most iconic building in the city is the Imaret, with a view of the harbor, which is to the right of one of the main streets in the castle area. It is the largest Islamic building in Europe and was built by Mehmet Ali.

Initially, it provided shelter and food to students of Theology. It then lay abandoned for many years before being turned into a restaurant serving rather expensive food, but boasting a wonderful view of the harbour.

Kamares - the Old Aqueduct is the work of Sultan Suleiman II (about 1530 AD). It transported the water from the springs in the Symvolos mountain range to the old city. This majestic monument consists of 60 arches of four different sizes and has a maximum height of 52 meters. 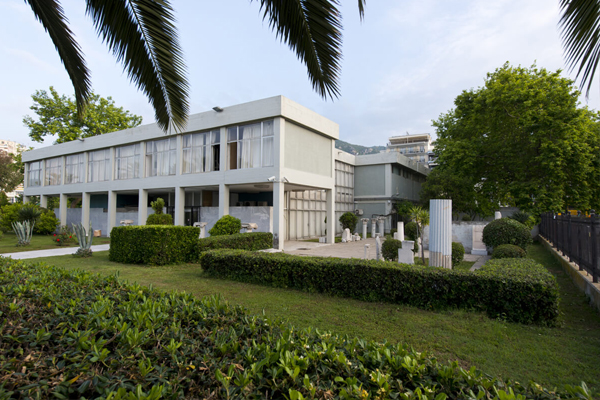 At the other end of the harbor you can visit the Archaeological Museum which has finds from various areas in the wider region, such as Philippi. Some of the finest exhibits, such as an exquisite mosaic representation of dolphins and a great sarcophagus where you can still see its original colours, come from Abdera. There are also magnificent laurel wreaths dating back to the 3rd century BC from the archaeological site of Amphipolis. The museum also houses rich collections of ceramics, jewelery, coins and statues.

The Museum of Folk and Contemporary Art, also known as the Municipal Museum, is an excellent example of its kind as it is not only dedicated to the past but also includes more recent works. The beautiful exhibits include sculptures by Polyognomos Vagis (1894-1965), an artist from the island of Thassos.

In other rooms there are exhibits of traditional folk costumes and household implements. 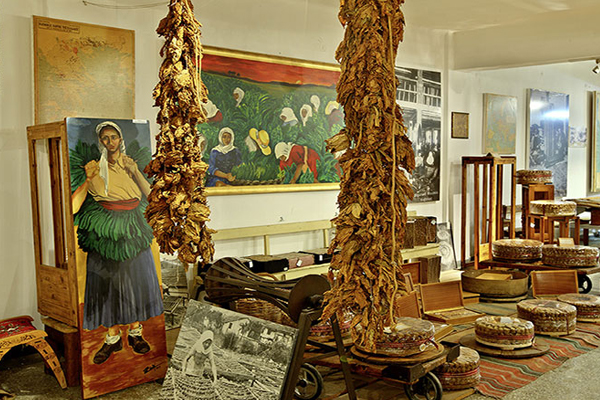 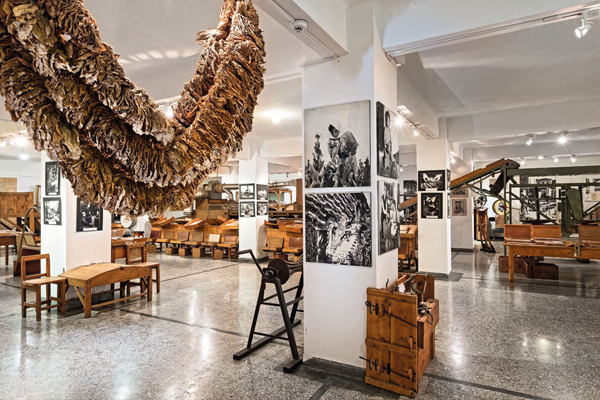 Contact EUROTAXI KAVALA, you can trust us for safe and secure transfers!